Get A Free Quote

Emergency Plumber Does Not Have To Be Hard To Find

Plumber handyman near me

It was 2 a.m. in my London flat and I woke up with the urge to use the loo. No big deal, right? We’ve all woken up in the middle of the night and had to make use of the restroom. Well, it turned into a big deal.

I was doing the same thing I’ve done a hundred times before – I went to flush, and the john started to overflow. I quickly reached into the back of the toilet and tried to get it to stop running, but the damage was done.

I had to find some way to turn the water off but, even with the help of the internet, I couldn’t figure out where my water shut off valve was and to even turn it off. I know – I should have known. This is the type of thing a gal living on her own in the city should be able to do – but I was lost at 2 a.m. and needed help.

Lucky for me, Handyfox offers just such a service at a fair price. I was able to call someone over to turn my water valve off (the handyman was also kind enough to show me where it was located afterwards) and fix my overflow problem in no time at all.

This is just one of many scenarios that can happen – one never knows when they might need a plumber in London for an emergency, nor at what time of day that emergency might occur. If you have an emergency in London and need plumbers, Handyfox has you covered.

I was able to go back to sleep shortly after the plumber left and knew that my problem was fixed. I wish I could properly convey the ease and assurance I felt after the emergency plumber left because I knew, without a doubt, that the next time I got up at 2 a.m. and had to use the loo, I would be covered if anything terrible happened that I couldn’t handle on my own.

Trust me – no matter what time of day, when you need an emergency that requires a plumber around London, Handyfox has you covered. Don’t worry about your sinks, your tubs, your johns, your water heaters, your washers, or your hoses: when you have an emergency with any of those, you know where to go to get the plumber you need.

Bring a Fresh Look into Your House Before Easter Arrives 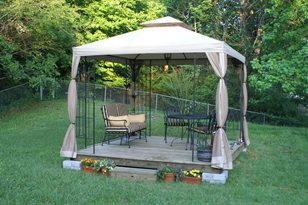 Innovative ideas for your Garden Renovation

Let\'s take it back to traditional love letters…